Some features that will be built in this new Microsoft game console according to Xbox 720 information are it will contain six-core processor and dual-core graphic chip from AMD. Those new hardware make this game console supports numerous kinds of 3D game with high image resolution. Other Xbox 720 information said that this game console also supports Windows phone in it. The last series of Xbox have not supported Blu-Ray player yet, by this circumstance Blu-Ray player will be added in this next generation of Xbox console. The memory of hard disc will be increased larger than the current version which has supported 250 GB.

Much possibility time enrich Xbox 720 information. Several Xbox forum in the internet said that 2013 become a year when this new generation game console, Xbox 720, will be launched. But others Xbox 720 information said that the current series of Xbox, Xbox 360 is still young in this world, so its new version will be delayed to appear. 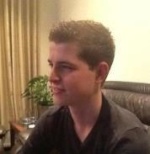 If that's the case, minecraft will run SUPPER SMOOTH and will have the render distance set to Extreamby default and it can support making a huge end TNT island and exploding it without a bit of lag

them stats sound good, be interesting to see what sony can come up with for compertition.... 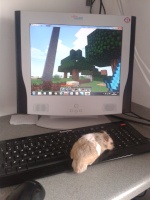 Status : my hamster has a better wifi signal than this phone!

the PS4, that's what we'll come up with, And Sony promises FREE DLC's for any game in PS4

Status : "Day Without Laughter, Is a Day Wasted"
- Charlie Chaplin

wii is mah favorite console, i play halo on xbox. but ps3? come on.. everyone knows xbox has better graphics. but thats my opinion

Similar topics
» Here is some really useful information about travelling with your Ipad and using MM.
» Marvel Legends you would like to see
» Sedat Canbaz / Super League / Second League / All Information
» Finding my feet with this game
» Free Tokens - Surveys??