Pm me if you wanna play

Status : Now A Promoter Not Gonna Let Anyone Down

Whats the game about? I would like a better description please <3

Normally when a game gets a sequel, it’s because it sold well and was well received by fans. As far as we know, Blacklight: Tango down was neither of these, but that didn’t stop developer Zombie Studios from ploughing ahead with a sequel. However, rather than stick to the same formula, Retribution has taken the free-to-play approach, and it’s one that has almost certainly paid off.

We’re already beginning to tire of team-based multiplayer first person shooters set in present day conflicts, which is why Retribution feels like a breath of fresh air – it’s a near-future blaster that sits more towards Blade Runner than Star Trek, with looming skyscrapers, industrial warehouses and underground bunkers being the order of the day.

Matches take the form of team deathmatch, king of the hill, domination and capture the flag gametypes, but it’s the sci-fi features which add a new level of depth to the gameplay. Using the Hyper Reality Visor temporarily reveals the location of every enemy on the map, preventing campers from unbalancing the game. You can’t shoot while in this mode, so finding the right time to enable it is crucial.

We had the most fun once we’d accessed the Hard Suit, a walking battle mech that brings down hot metal death on anyone unlucky enough to get in its way. You have to earn experience to unlock it, and changing maps means you’ll have to repeat the process, but its bullet-spitting mini-gun is a sight to behold. It doesn’t feel overpowered, either, as unlocking one doesn’t instantly turn the tide of battle in that team’s favour.

You’re constantly told who is performing well, and conversely who to watch out for on the other team, by a threat meter that increases with multiple kills. Earn enough and the other team will get a bonus for hunting you down.

Although there are only a small collection of levels, there’s plenty of variety to keep things fresh. There are a huge number of weapons to unlock, and each can be customised with different sights, stocks, grips and attachments. These all have to be earned through the levelling system, which can take a casual player many hours to unlock, although there’s always the option to buy them rather than face a whole lot of grinding.

This is where we found our main criticism. Retribution’s premium elements are or course designed to convince you to part with your hard earned cash, in exchange for weapons, accessories and character customisation. They can all be bought with Zen, the in-game currency bought with real money, but each small price soon add up. To buy a small collection of guns, you’ll have to part with almost $5, although you aren’t at a significant disadvantage if you just play for free.

It might use the same version of Epic’s Unreal Engine as its predecessor, but the graphics have gone through a major overhaul. Character models, scenery and special effects are noticeably more detailed and higher resolution, even if many of the settings are dark industrial arenas that don’t give you much chance to appreciate the incidental detail. The characters themselves have a Neo-Tokyo vibe that gels well with the futuristic weaponry and robots filling each level.

Effective matchmaking is vitally important for any multiplayer game, but particularly so for one that has no single player content whatsoever. Thankfully, we had no trouble jumping into any game mode, and the community is already growing in the few weeks since Retribution launched. It’s now available through Valve’s Steam service, making it even easier to keep track of your friends and organise games, and seeing as it’s free, there’s no reason not to download it and give it a try.

Umm I didnt copy and paste

Status : Now A Promoter Not Gonna Let Anyone Down

I'm having a lot of fun playing it,
Might even get a good PC just to play it... 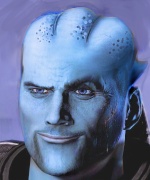 I want to play It so bad, problem is that my Internet is slow so the installation is taking forever

Death Note don't play the game is a FPS made by a MMORPG game company *face-palm* hit detections are really really bad considering this is a sequel and the game is already full of cheaters and hackers already!

Status : Don't expect not to get knocked out
Until you wake up with half of an eye