What is your username : lauryn3217

Who banned you : I dont know.

When were you banned : I dont know.

Why were you banned if given reason : When I logged in it says "Banned for griefing please speak to me as soon as possible"

Give me your side of the story of whatever happened: Not sure yet, very confused.

Ok lauryn so you were banned because one of our admins griefed the server, it did not show up on hawkeye meaning they use super pickaxe and in one of the areas that was griefed, your name came up, so we beleive it was you, only you rko or illusions could have done this, and illusions hadnt logged in for about 2 days when the incident happened so it wasnt him, rko talks to me on skype almost daily and i know it wasnt him although i still did have suspicions that it could have been him, and you, like i said your name came up near a griefed area so i strongly beleive it could have been you, also your brother was apperantly unbanned by you and he griefed AGAIN. so idk you tell me what happened, and one of my members told me you were talking nonsense about griefing mixcraft, if you would grief another server why would i trust you? however i dont know you but that doesnt sound like you, does your brother have access to your acc because apperantly he likes to grief us? Or did you get dared to grief us by your buddies too?
_________________ 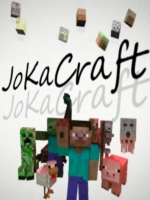 Well first of all my brother does know my password and I dont know why he griefs. And second, no my friend did not dare me because I wouldnt do such a thing. Plus, I love & adore Jokacraft, why in the world would I grief?

Similar topics
» how to get one muxxu Account back after getting banned. (no Garantee!)
» and gibby was banned again :)
» Yo :)
» Build-A-Bear Workshop® mini friends in McDonald's Happy Meal®
» Gibby was banned!!!!