What is your username :Julia126

Who banned you :dunno

When were you banned :yesterday

Why were you banned if given reason : "Griefed the trap". -Cm

Give me your side of the story of whatever happened:I just became a member, and i wanted some wood, so i found a random wood house that looked like nobody was using because it was in a random world in the guest worlds, so i went to it, took the stove, then got banned

i wanna come back in

i dont think this was the trap carmaniac was referring to. Also, I found ur house after you got banned 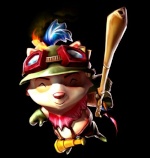 i wanna come back in

Silent, do not lie to us, did you grief a colourful building, a farm or a tall sugarcane because if you did, its normally a permanent ban.

All i did was grief a stove

it was in a guest world, i'm sorry

Similar topics
» trading bear or hammer brute for wolf
» If you wonder what si better: bear or wolf - check here
» Check out the WWF Gray Wolf
» The Silent Sermom
» The Criminal Justice Act